This Is Just Adios And Not Goodbye!

Very sad to say it’s the last in the present series of Benidorm this Monday 22nd Feb but delighted to say we have  some fabulous guest stars including John Challis, Michael Fenton Stevens, Shane Richie and Dame Joan Collins.  We also have one or two surprises in this season finale but you wouldn’t want me to spoil those would you?!   In other news Benidorm fans will be pleased (and tv critics frothing at the mouth) to hear that series 9 is already in pre production.  It makes me laugh that the production company or ITV don’t even bother asking me for a quote for the Benidorm press release these days, the last rejected offering I can find in my emails from me was regarding the commissioning of series 7, “”The amazing feedback from from fans regarding series VI has made writing series VII an absolute joy.   I can’t believe how many characters I’ve written over the years for Benidorm and it’s always sad when some actors move on and a thrill when others return.  The continued success of this show, of course, would not be possible were it not for the money.  The money really has helped enormously this time; I seriously can’t stress that enough”.   It seems sometimes honesty is not always the best policy.

And finally, news of the BBC reviving classic sitcom ‘Are You Being Served?’ was leaked by The Daily Mail a few days ago but the official press release  goes out today and I am thrilled to say I have written it.  I don’t mean the press release, I mean I have written the new version of Are You Being Served.   I was asked to write this one off episode last summer (while filming Benidorm VIII in Spain) and after thinking about it for a little while (not too long, they may have asked someone else!) I decided it was an opportunity too good to pass up on.  We record in Manchester in a few weeks time and I couldn’t be more pleased, especially as I am working with lots of old mates including John Challis and Sherrie Hewson from Benidorm and Nicky Wardley and Mat Horne from the old Catherine Tate Show days!   That’s all the news for now and this blog may go quiet for a few weeks as we get into Benidorm 9 pre production but don’t forget to follow www.twitter.com/BenidormTVshow for all the latest updates.  Adios amigos! 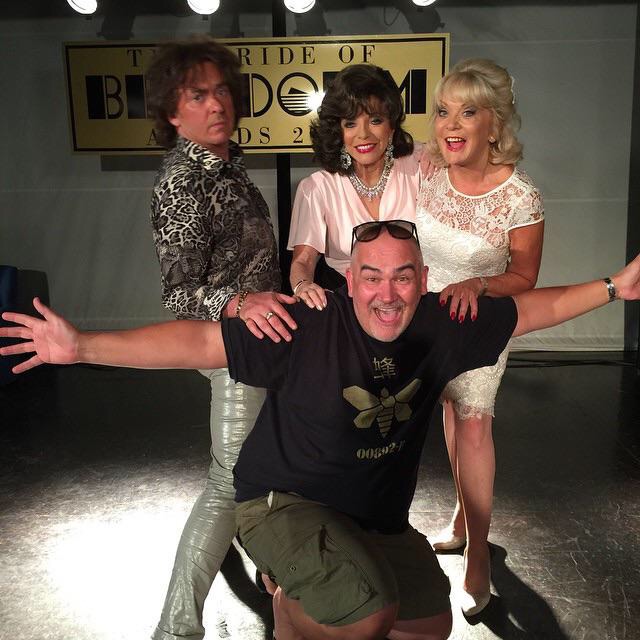