Well, sometimes sorry just isn’t enough.  I left for Benidorm with such great intentions of keeping up my blog.  I didn’t make a note of my log in details.  Oh heck, this really is the dog ate my homework territory isn’t it?  And yes I could have emailed the guys who keep my website ticking along but you know I don’t like to bother people and well, the shoot for Benidorm series 9 was tough.  Really tough.  I think we have made a great series but bloody hell I’m not sure how many times I can go through all that again.  A few days ago I finished writing episode 1, series 10  and I enjoyed it immensely but I’m pretty certain this will be my last series.  Yeah, yeah, I know I’ve said that before so I don’t really expect anyone to take me seriously (or even care) but I’m pretty sure the time is right.  But don’t worry, you still have 2 more series to watch and then ITV/Tiger Aspect may well continue the series without me so the world isn’t going to end just yet.

In other news…. Tonight’s the night!  By that I mean our new episode of Are You Being Served? is on the telly at last!  It seems years ago since I was asked to write it and the rehearsals/recording seems just as distant.  The amount of publicity we have had from it is just staggering.  We knew people would take interest (both supportive and critical) but we weren’t expecting this!   Everyone has an opinion and even though we’ve had some lovely advance reviews many people are very sceptical and I can totally understand why.   I also had my doubts about the whole project, you can read about it all here.   Many have every right to be cautious.  I read an article online today with contributions from Mollie Sugden’s sons.   Their mother was Mrs Slocombe, she created the role from Lloyd and Croft’s scripts so why on earth should they be thrilled that another bunch of actors are reviving those sacred characters, not least of their much missed mum.   We had the Are You Being Served cast and crew screening on Friday night and apart from it being an opportunity to be all huggy, kissy and luvvy with my showbiz chums (and a few new ones, I was slightly lost for words when Lizze Lloyd – Jeremy Lloyd’s wife – introduced me to her “+1”,  Stephanie Powers!) it was another opportunity to watch the show.  I say another opportunity because I must confess I have watched our final cut episode of Are You Being Served more than a few times.  Not because I think my writing is hilarious, not because I am obsessed with our lovely actors, not because the set design (by David Hitchcock) is so astonishingly accurate; I watched so many times thinking, “what was the real reason for doing this?”.  With all the controversy about ‘rebooting’ (such an odd word) these old comedies, from ex AYBS star Mike Berry being grumpy about not being in it to ex actor Leslie Grantham curiously furious about the remakes (must have been a slow week at the soup kitchen) I was trying to figure out, apart from the BBC Landmark Sitcom Season, the real bottom line reason for doing this.  And finally, sitting in a small (but rather ritzy) screening room in a hotel in London’s west end it dawn on me.  We’re just trying to make people laugh.  That’s all we’re doing.  We’re trying to make people laugh for half an hour.  And do you know what?  If a show fails to make us laugh, it’s not the end of the world.  Probably best to just move on, flick the channel on the tv or better still turn it off and read a book.  Don’t stomp around angrily for days with a massive shit in your pocket; fucking hell, isn’t life too short for all that?   Nobody sets out to write a bad novel (with the possible exception of Alan Titchmarsh).   Nobody sets out to make a bad movie.   Nobody sets out to make a bad TV show.    We made this episode of Are You Being Served for several reasons; this is our job, we all have bills to pay, it’s part of a season of remakes the BBC decided to do,  we love the amazing characters of this show and were thrilled (and a bit scared) to prolong their life in some way, and finally, to make people laugh.    We had an incredible time making this show, I had an incredible time.  To work with genuine long standing friends I love and make new friends of people I have admired for many years is a dream come true (my writing career has changed my life but I don’t get excited flying first class to New York, I do however get thrilled to the marrow when Roy Barraclough rings me up “for a natter”).   So please watch Are You Being Served? tonight, BBC1 at 9pm; and we will do our very best to try to make you laugh.  Thank you.

If of course you don’t fancy it there is, I’m told, a particularly  hilarious episode of Maigret on ITVencore at the same time. 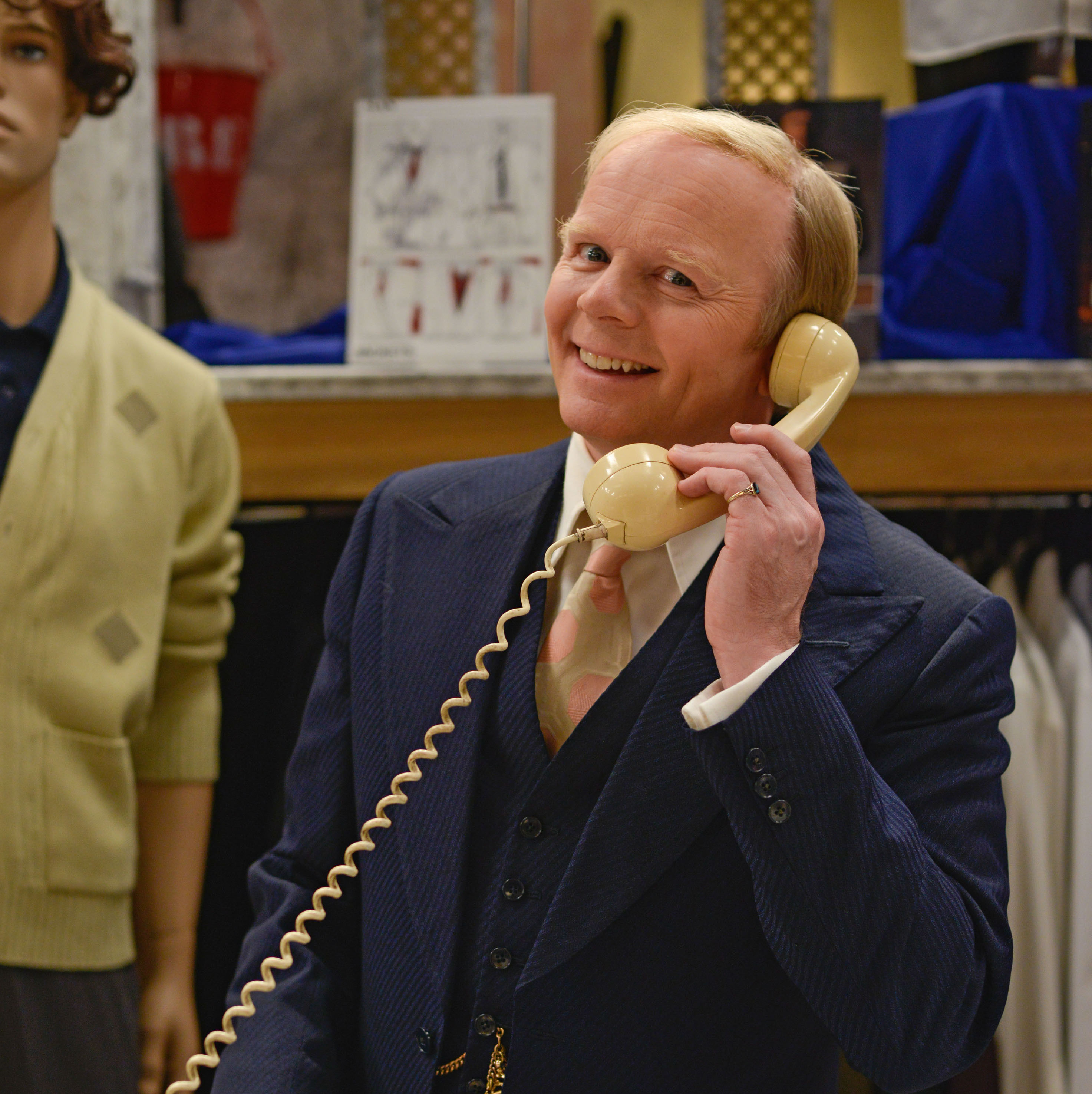