Well, Monday saw the beginning of Season 8 of Benidorm!  People sometimes ask me if I had any idea we would get this far.  Of course the answer is “what? On four jokes?  Are you insane?”.  At the end of shooting series 2 I remember saying to Jake Canuso (Mateo in the show), I think we’ll get another series.  Weirdly enough, when the show was commissioned we were faced with a difficult decision, ITV wanted to know if we would be interested in making Benidorm an hour long show… Well, Geoffrey Perkins and I discussed it with several people and we came to the conclusion the show probably could sustain an ITV hour (around 44mins) but there was only one way to find out, so series 3 we went to hour long episodes.  It was definitely the right decision, especially the way people watch TV these days; I don’t know about you but I hardly watch anything live these days, everything is recorded and I whiz through the ads.

Only a short blog today as I have so much work to do, I wish I could tell you what I’m doing but I’m not allowed.  Both my projects are top secret; what were the chances of that?!  I can, however, tell you that one is for the BBC and one is for ITV, yes, I have a foot in both camps! And it feels great too!  I am assured by both channels that they will make announcements about my involvement in each project very soon, like in a couple of weeks or so.   I’ll try and get an exclusive but these channels like to play their cards very close to their chests; all I can say is the ITV one I am absolutely thrilled about and the BBC one I was shocked and amazed to be asked!  there, that’s got you thinking hasn’t it?!

I was just digging around for a ‘comic strip’ I made for the last day of shooting on series 2 and amazingly I found it!  You see, my filing system DOES work!   Enjoy! 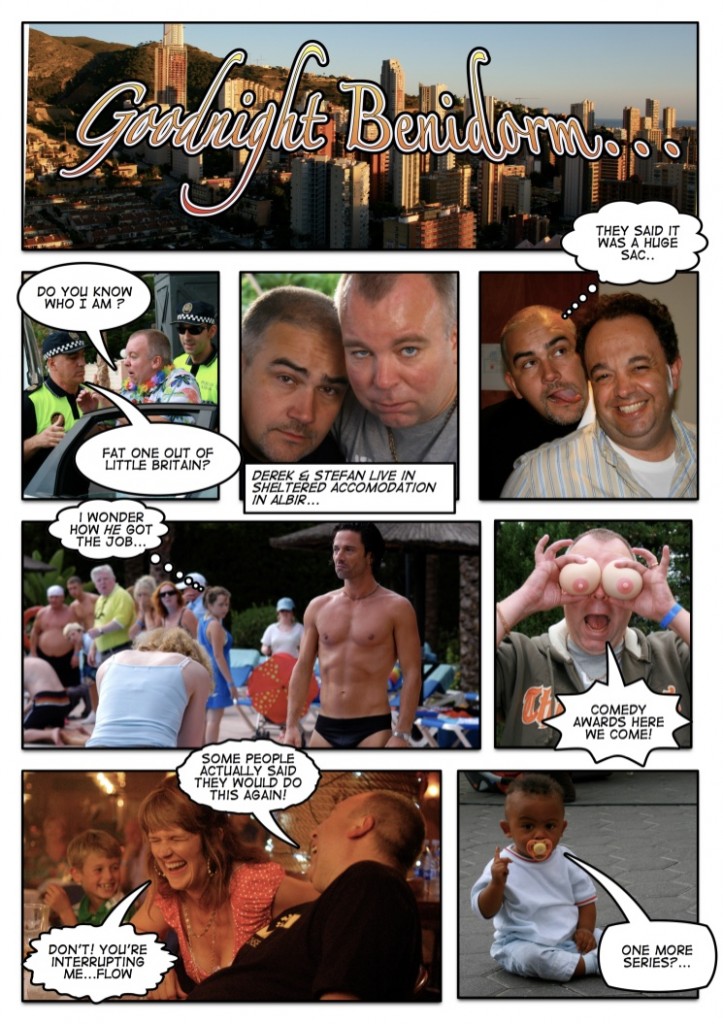