This is Just Adios And Not Goodbye 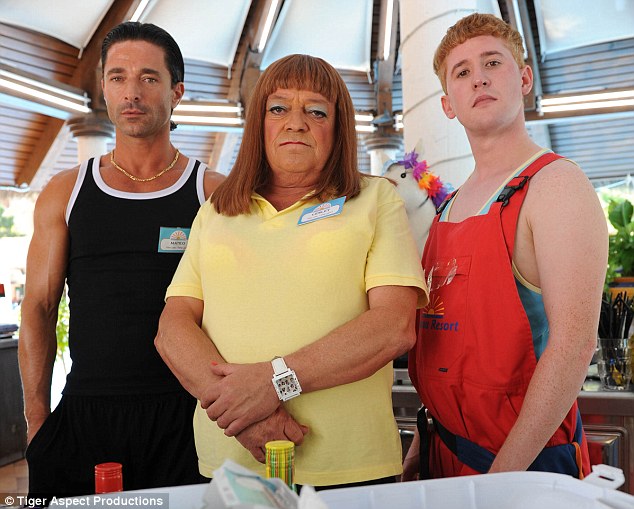 Well, as usual I’ve left it so long between entries this blog has turned into a bi-annual event.  Well, perhaps ‘event’ is slightly too strong a word, maybe we should settle for ‘junk mail’.   Filming for series 10 was a blast and I really enjoyed directing the last two episodes (eps 8 & 9); I’ve directed bits and pieces before (2nd unit stuff when we are running behind schedule and need someone to take a small camera and sound unit to film maybe just one or two scenes at the same time as the main unit is running) but this was a totally different experience – knackering but hugely fulfilling.

Now we are all back in the UK (well, apart from our Spanish crew, they are still in Spain!) and editing the pictures and sound.  This is quite a lengthy process and we’ve got about another a week to go then it’s all done and delivered to ITV; then they decide when to show it on their channel –  hopefully back to our usual slot of just after Christmas in early January but as I say, that’s entirely up to them.    Talking (or rather writing) on this subject this leads me to another point quite a few people have been discussing of late; is this the end of Benidorm?    Well, all I can tell you is what I know and I’m very happy to do that, you know me by now, I think honesty is always the best policy.   Basically the state of play is this, in recent years Benidorm has traditionally been re-commissioned a year ahead.  By this I mean usually a TV show will be made and when it’s shown there is enough time for the channel to see the reaction/ratings for the show and decide if they want to commission another series.  The problem with our show is that it’s grown too much.  By this I mean a show which consists of 9 x 1hr episodes takes around 10 months in total make, when we finished filming the last episode of series 8 we started story lining for the next series 3 days later.   As ITV want to go down the traditional route of waiting to see how series 10 performs (a very sensible decision in my humble opinion)  they would be commissioning (if they saw fit) about 3 or 4 weeks into the transmission date.   Let’s assume we go back to our usual transmission date of the first week of January, a decision on another series wouldn’t be made until possibly early February (or 2 months after that if ITV stick to schedule they chose for series 9).   So filming couldn’t start in March as this would be literally weeks after re-commission – if we pushed filming to say the Autumn we would have many potential problems, cast and crew availability, my availability, weather conditions (I think it would bordering on the rude to ask cast and extras to get in the swimming pool in mid November) including light (it get light later and dark earlier that time of year) and all manner of other logistical problems.

So the other question is if we miss a year of filming will we really come back?   The answer is I don’t know.  If I were a betting man (which I’m not) I would say it’s not impossible.   Popular ITV comedy drama Doc Martin films a series every other year, as a series Benidorm has missed a year in the past and when speaking to ITV execs I certainly don’t get the impression they are now talking about the series in the ‘past tense’, not at all.  ITV have always backed Benidorm and their enthusiasm for series 10 is absolutely huge, as is mine!   So in conclusion, will series 10 be the last ever series of Benidorm?  My official answer is “I don’t think we’ve seen the last of this show on television and elsewhere”.    And on that subject I had a meeting about the live stage tour of Benidorm last week and everything is looking very positive for that too.  It’s true I’m moving onto other tv projects this and next year but we haven’t seen the back of Benidorm yet, that I can guarantee you.