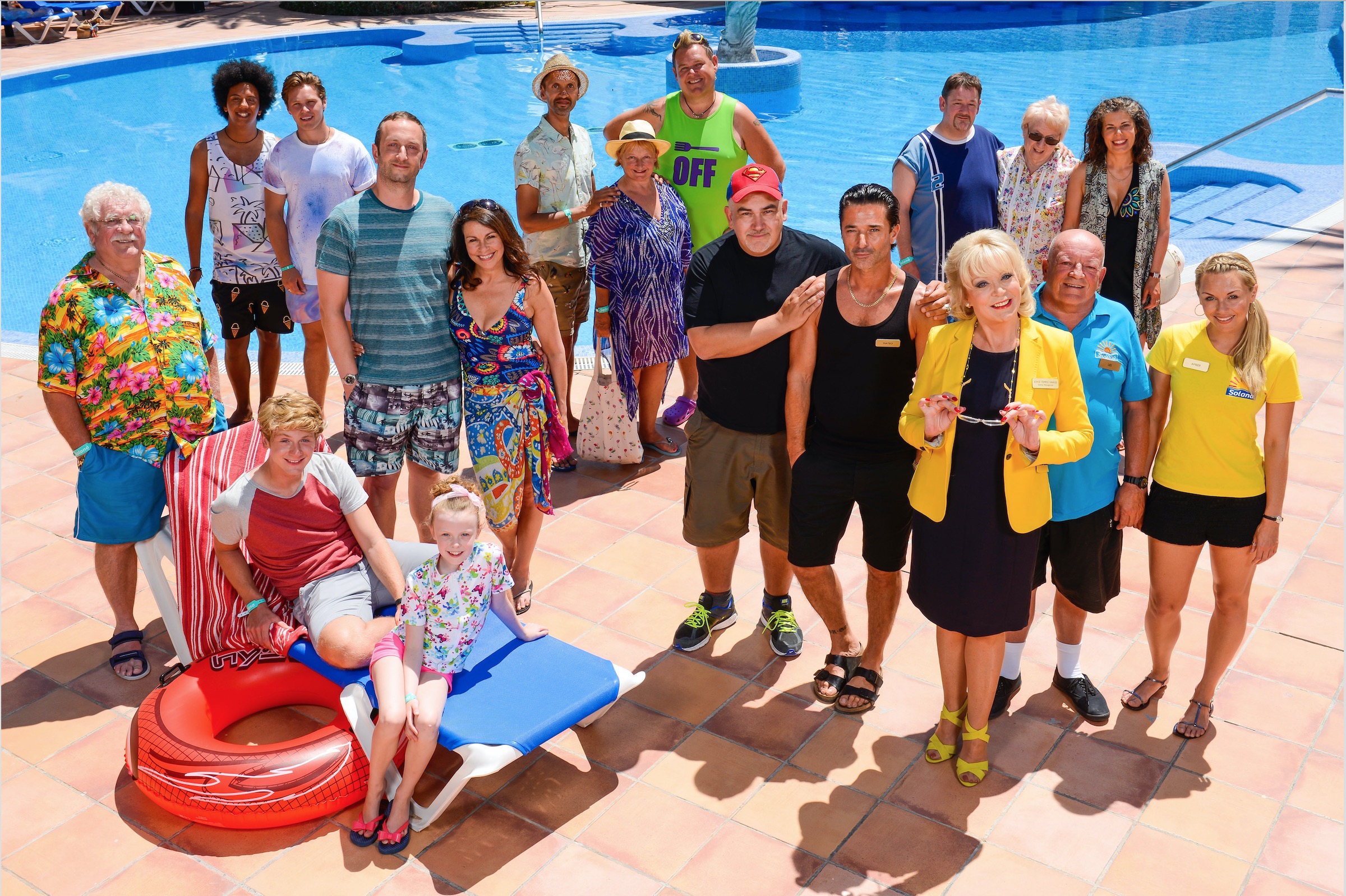 Well ITV have finally announced the new and 8th series of Benidorm will begin on ITV on Monday 11th January!  We used to be on Friday nights but I actually think our new night is a great way to start the week.  Also people have changed the way they watch TV so much these days what with +1 channels, ITV Player, downloads to phones and tablets you can actually watch the show any night of the week!    I’m so excited about this series, we have so many treats in store for you including the return of one of my all time favourite characters, Pauline; played by the fantastic Selina Griffiths (#BeniFact No.276: Did you know Selina Griffiths is the daughter of Annette Crosbie, screen wife of Victor Meldrew in One Foot In The Grave).   We also have great guest stars including Shane Richie, Robin Askwith, Kevin Bishop, Oliver Maltman and of course the C.E.O. of The Solana herself, Dame Joan Collins.

As well as our returning characters we have a brand new family arriving at The Solana, The Dawsons.   I won’t say too much about them right now, just that I am so happy the way they have turned out; mostly down to the brilliant casting of wonderful actors; as always in Benidorm!

Well, that’s it for now, be sure to check back here for more regular updates in the run up to series 8 starting in early January.  I may even throw in the odd competition too!  Hasta Pasta as they say on the Costas.